Basler's First Single. Song about how we all die alone in the end.

Songs of heartache and life

habitational name for someone from the city of Basel in Switzerland. from an agent derivative of Middle Low German baseln ‘to behave in a confused manner’, hence a nickname for a scatterbrained person.

Basler is the melding of the styles of Gritty Grunge, Slithering Shred, Glitzy Glam and Psychedelic Pop. Bursting at the seams with pure guitar energy. Arena Anthems and Bitter Ballads make up some of the styles of songs from the band that has been described as “Canadian Guitar Driven Alternative Space Rock”. If you are a fan of Big Wreck, Nirvana, Alice In Chains, The Glorious Sons or The Tea Party and you have an interest in things not of this earth you are gonna love Basler!

“Brimming with classical rock textures blended with alt-rock elements that make for a melodic, hooky sonic character. Clearly the style revolves around these spectrums. It's powerful, energetic, and rhythmic by design. Musically it recalls the likes of Collective Soul, Incubus, Boston, Chris Cornell, Alice In Chains, The Fire Theft, etc.” - UNXIGNED.COM

Basler is looking forward to 2023 and some new exciting things coming this way! Watch for new song releases, new videos and more from Basler's Basement! 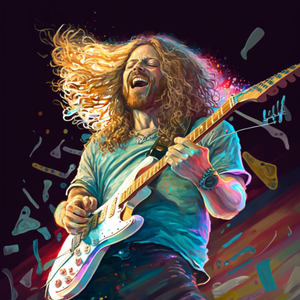